From August 21, 2001. ” As the Professor says, “In today’s marketplace, an industrious and resourceful band can release its own CD.” The magazine in this strip (Rock Rag) may or may not be inspired by The Noise, the magazine Rock School has appeared in for so many years. 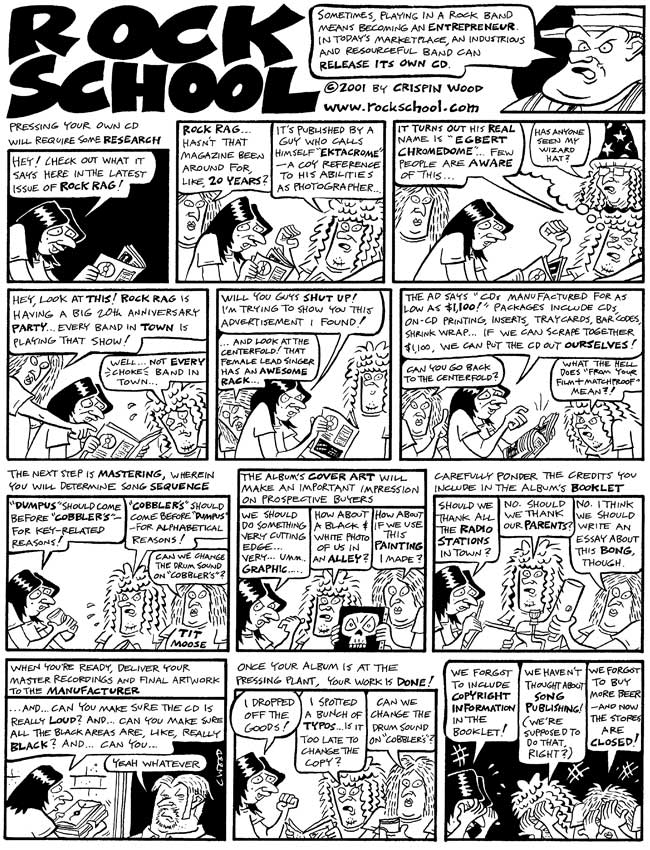